Get Married in the Caribbean Islands

The Carribean Islands have become the go-to location for destination weddings because they are undeniably beautiful. With crystalline waters, white-sand beaches, and lush tropical foliage, there are few things more romantic than saying "I do" with your feet sinking into a Carribeam beach! Symbolic ceremonies are permitted, but the requirements for getting legally married on each island varies depending on their specific laws. The majority of the islands require a passport, birth certificate, proof of divorce or death of a former spouse, and witnesses of some kind. However, keep in mind that some islands have waiting periods and other restrictions for getting legally married. Each Carribean island also has its own policies and attitudes toward same-sex marriage. Many of the islands are highly accepting of same-sex couples, but have yet to legalize same-sex marriage. The best places for same-sex couples to get legally married in the Carribean are Puerto Rico, the U.S. Virgin Islands, Saba, Bonaire, and St. Eustatius.

The Carribean Islands are so varied and diverse that it's difficult to pinpoint only a few attractions. You could spend years exploring the unique wonders that every island has to offer. One of the top things that attracts couples to the Carribean is the awe-inspiring beaches. From the soft sands of Turks and Caicos to the serene sunsets of Anguilla, you will never forget the first time you set foot on a Carribean beach! The volcanoes on some islands provides a never ending source of adventure, whether you are enjoying a hike to the top of one of these unique wonders or reveling in a spa treatment crafted from their special properties. You can even swim with pigs in the Bahamas at Big Major Cay. You will never run out of things to enjoy on the Carribean Islands!

Aside from their world-renowned beauty, one of the biggest reasons that the Carribean Islands have become such a popular spot for destination weddings is because of cost. While the average wedding in the U.S. costs $33,000, a Carribean destination wedding package could cost as little $2,000. This price can obviously vary depending on how many guests attend and how much the couple wants to add to their basic wedding package. While a couple and their guests may have to pay some travel costs, flights to the Carribean are competitively priced. In fact, many flights from the eastern half of the United States cost below $500. For the significantly lower wedding costs and the beautiful views, we certainly think that it's worth the price! 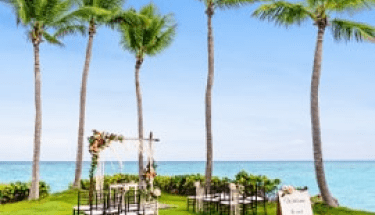 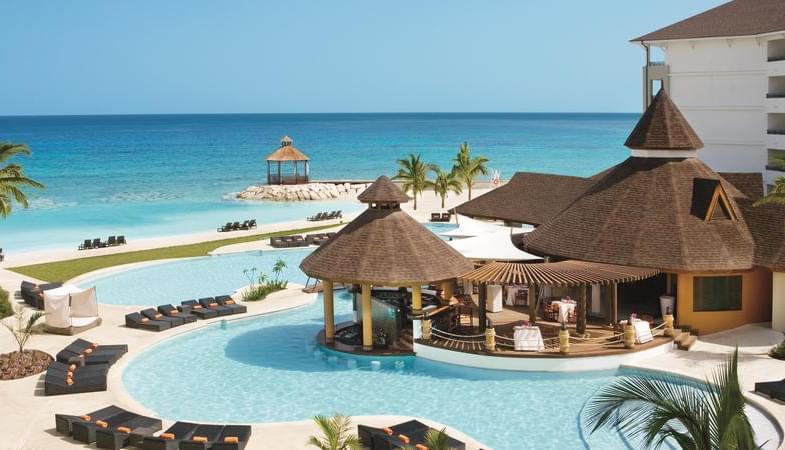